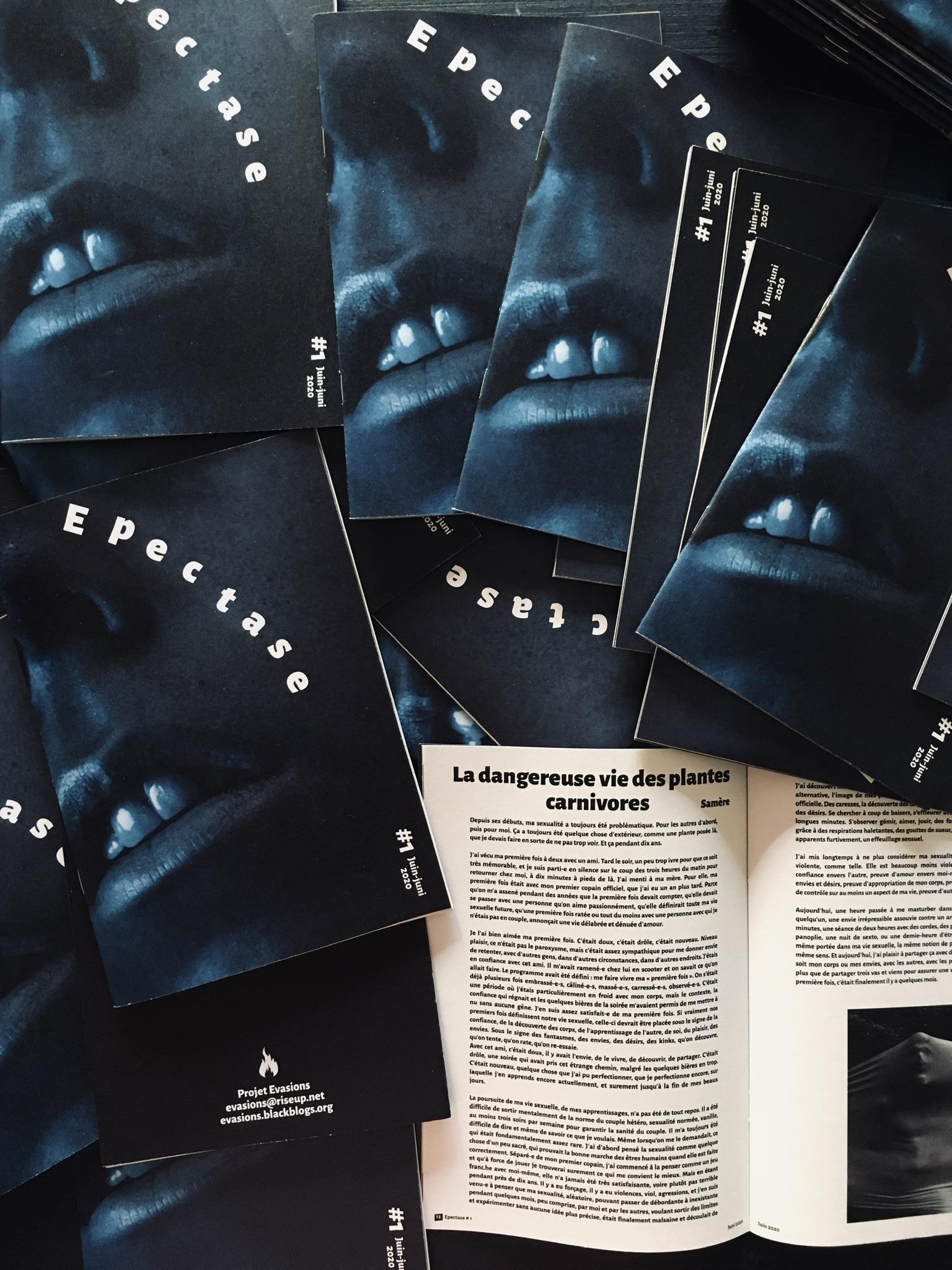 The magazine Epectase was born from the desire to bring together different approaches, reflections and visions around eroticism. A wild eroticism that cannot be enclosed in norms, labels or moral judgements. An eroticism that attempts to emancipate itself from oppressive patterns and positions of authority.

This first edition is bilingual German-French. 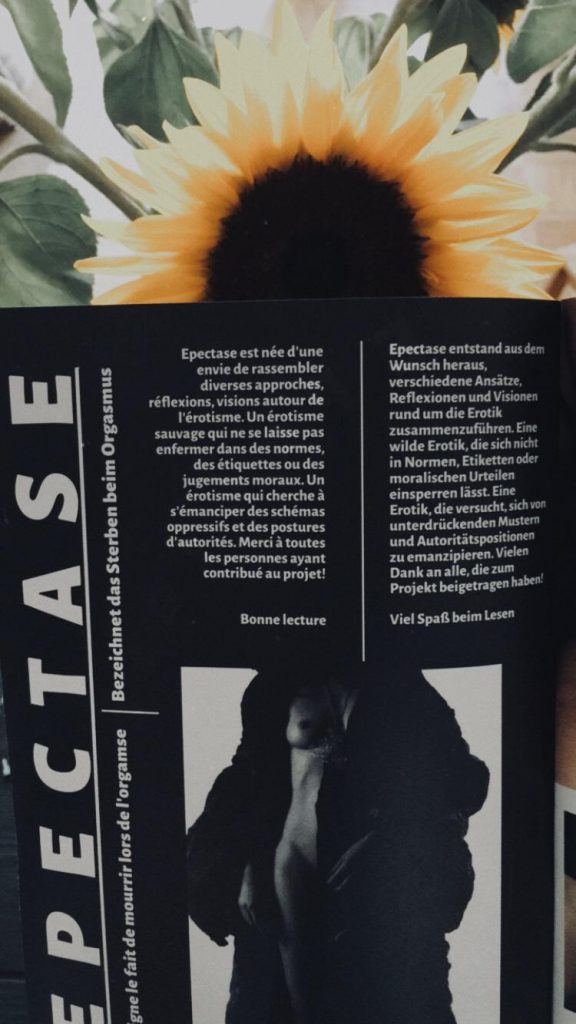 The magazine can be downloaded as PDF or ordered in printed form from evasions@riseup.net It is also possible to order several of them to deposit at bookshops, infoshops and cafés.

The distribution is based on donations. 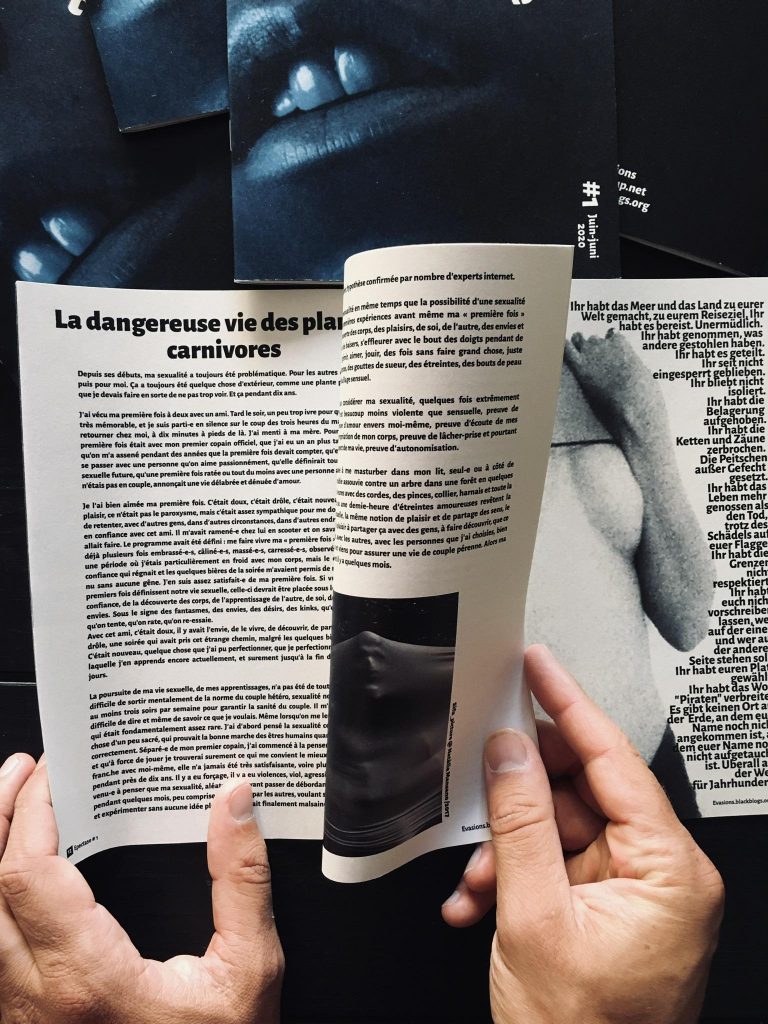 Are you interested in participating in the Number 2 Epectase Project?

Contributions can take all kinds of forms (photographs, drawings, texts, poems, collages) and deal with all kinds of subjects (fantasies, reflections, testimonies of lived experiences, fictions, photo novels, quizzes, interviews, etc.).
The common denominator: that the subject of eroticism is touched from near or far.
The texts can be written in any language. 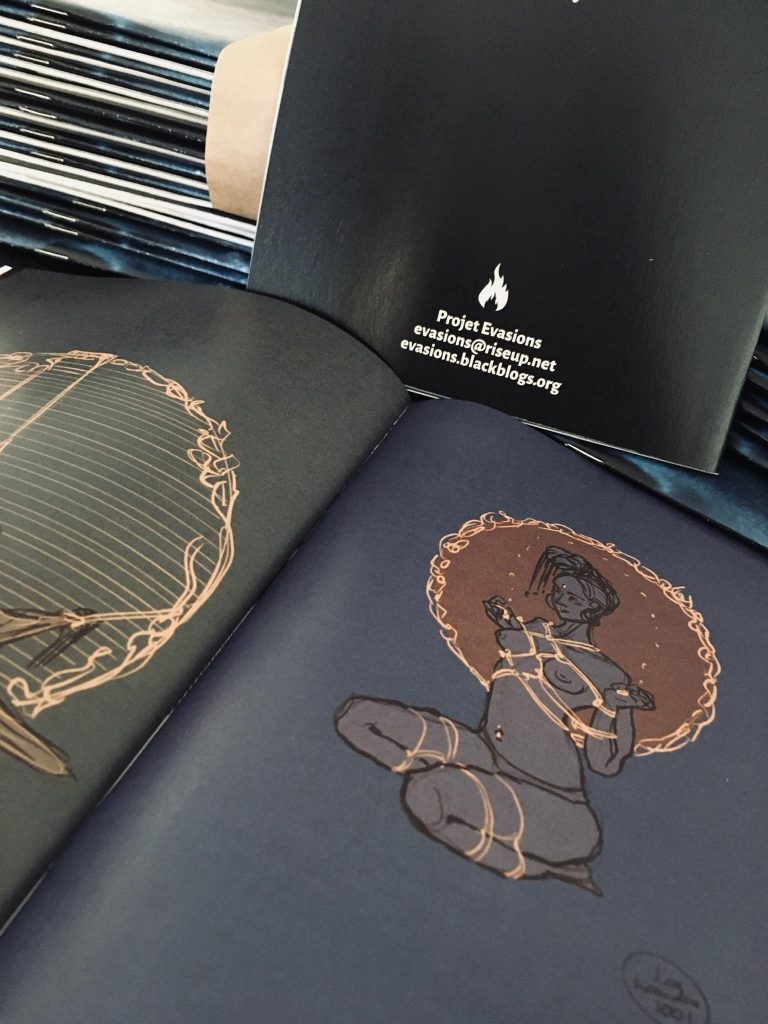 The Projet Evasions is an individual and informal initiative to create and disseminate themes such as eroticism and sexuality, games and subversion or anarchism and revolt. It is an initiative that tries to base itself on free practices and not on a commercial logic.

Any participation in the translation and distribution of our works is welcome.