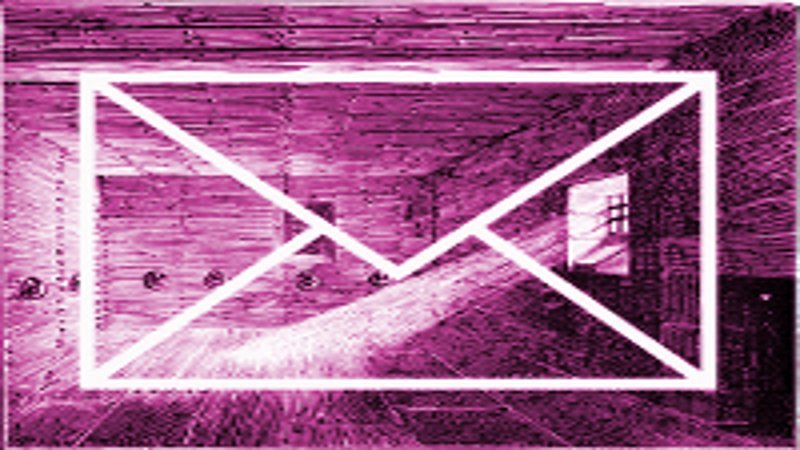 One way to break the isolation in prison.

As the tip of the iceberg of punitive and authoritarian morality of the existing power structures, the prison-system encompasses a large spectrum of oppression. The state deprives prisoners of their physical freedom, their ability to determine the use of their time and environment, and their social environment. Prison aims at isolation and thus at breaking social, family, affinity, and love relationship.

There are several ways to show solidarity from outside with those who are imprisoned:

And it is precisely at this last point that the issue that interests us today comes into play: epistolary role-playing games.

It is a written form of role-playing game in which the characters being played exchange letters that move the game forward. In letter-writing games, we not only created a fiction together by exchanging letters, but we also play together in a creative way. The letter is included as an object in the history of the game. Each scenario and each epistolary game has its own justification for the reason why the people who are played send each other letters.

Where the two topics meet

Do you have any friends in prison who were your playmates? No reason why they shouldn’t stay that way.
Are you looking for playmates for a letter game? The “Anarchist Black Cross” groups maintain up-to-date lists of prisoners around the world who are imprisoned because of different political contexts and stories. You are free to ask them if they want to join one of your current letter games. Or contact your nearest anti-prison collective, who will surely be able to provide you with a list of prisonners-contacts in your area.

Games have this emancipatory power to stimulate and release imagination and creativity – two skills that are severely suppressed by prison isolation, but which, if nurtured, can be an immense psychological support. So until prisons are nothing more than a bad memory or a pile of ashes, let us arm ourselves with a pen, a sheet of paper and an envelope – and above all with emancipatory and solidary creativity and imagination.

A game to travel together. By Morgane Reynier. (French) 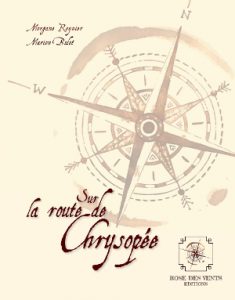 A master alchemist sends his student to discover the “world all around“, a vast space where the wind has become a tool of progress and evolution. Both will come together on an extraordinary quest, despite the distance and the dangers of the journey, to acquire wonderful knowledge and, why not, to come to the gates of the mythical Chrysopée, the city of knowledge. This role-playing game will allow the players to redesign their daily lives. Depending on the players wishes, the game will turn into a travel diary, which is both real and imaginary. 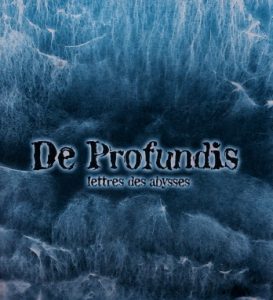 The main intention of “De Profundis” is to revive the work of Lovecraft and the other authors of fantastic of the late 19th and early 20th century and to recreate the atmosphere of these stories. In the stories we see people whose testimonies (through letters, diaries, memoirs) allow us to see through their eyes a world in which terrible elements gradually replace reality. The player will play a character in the 1920s. 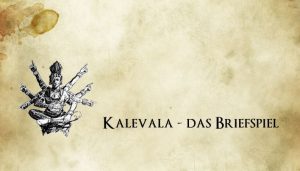 Kalevala is a epistolary variation of the strategic board game “Armageddon”.
The players take on the role of a ruler of an empire and have to face the strategic and diplomatic challenges of a fantasy world.
Here you can find an interview about the game (in german)

a roleplaying game for one player – Created in English by Scott Malthouse, 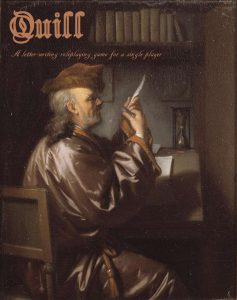 Quill’s default context is a more or less medieval country with some fantastic elements. Through Quill offers the possibility to tell your own stories in different scenarios. In a typical Quill game, the goal is to impress the recipient so that he/she reacts positively to the letter. This is done through the skilful use of language and good presentation. Then you roll the dice to see if you have succeeded in using the right words, the best descriptions and the most beautiful calligraphy or not. Once you have completed your letter – a letter you will write yourself – you can count your points and find out how your letter arrived.
There are several extensions that allow you to discover letters from different contexts, from love letters to scrolls, from a dwarf colony to the atmosphere of Lovecraft and Chtulu.

– For example, the concept of “transformative justice”, a liberating approach to violence, which aims to ensure security and accountability without relying on alienation, punishment and state or systemic violence, including imprisonment and surveillance “Transformative justice aims to provide immediate security and long-term healing and reparation for people who experience violence by encouraging those who use violence to take responsibility in and through their environments. => www.transformativejustice.eu/ (German and English)
– See also Catherine Baker’s text “Why should we punish”.